We share our classrooms and learning areas with a number of different small animals.

In 'The Snug' we have a cold water aquarium with a community of White Cloud Mountain Minnows, Barbs, Danios and Platys. 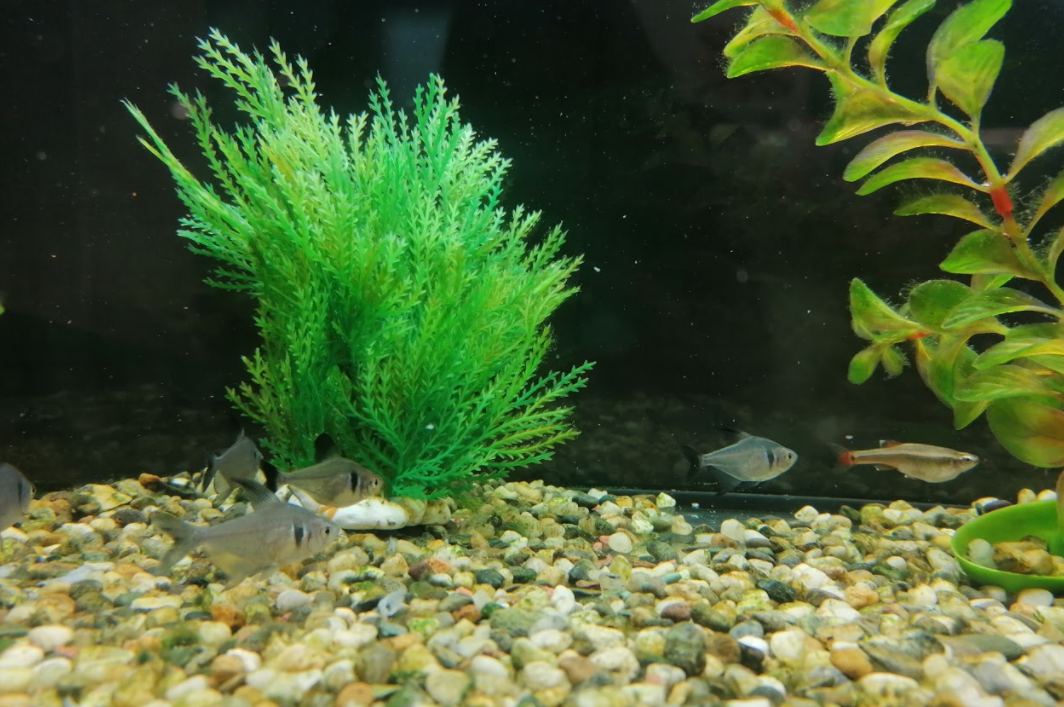 Shelly, Sheldon and Mi-shell are our Giant African Land Snails. They currently live in Y3 Birch Class and can be observed and studied in their tank by the children. They can also be handled with adult supervision (followed by handwashing).

"I think they are nice gentle creatures. They move slowly so they are less  likely to escape, but one or two have tried!" Megan 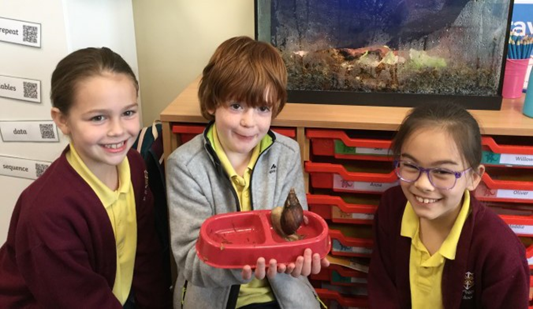 "I think that they are wild, lovely creatures who we can care for on our  planet." Agnes

"I like watching them crawl up the glass tank. I stroked its shell." James 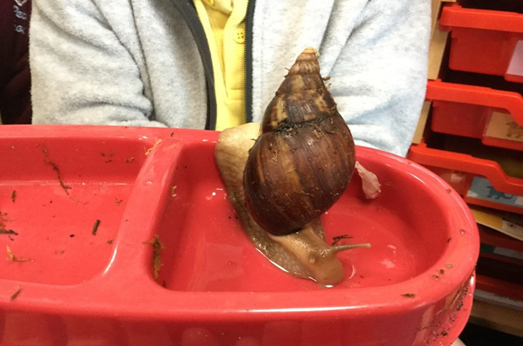 Our original family of stick insects lived in Y6 Sycamore Class and after they increased in number, we now also have stick insect families in Y2 Beech and YR Willow Classes too.